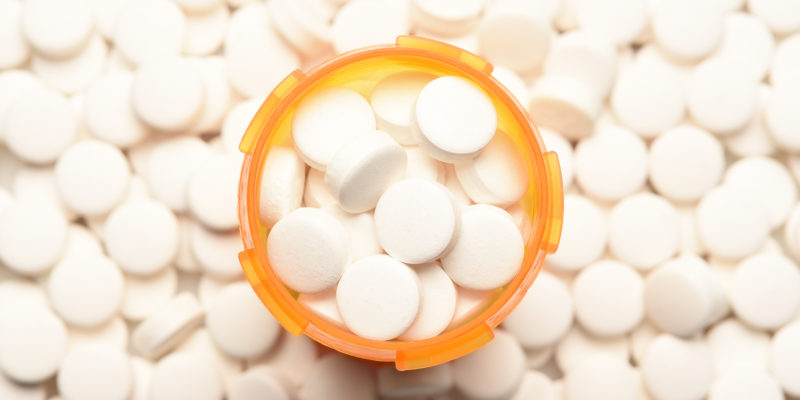 In 2018, 1.3 million illegal diazepam tablets were intercepted by the UK’s Border Force, more than double the amount seized in 2017.

This is according to figures obtained by BBC Two’s Victoria Derbyshire show, with doctors warning that the authenticity of this drug purchased online cannot be trusted. It is also illegal to be in possession of diazepam without a prescription.

But people often make use of rogue pharmacies on the internet, as well as dealers, in order to get the tablets (also known by brand name Valium) if they’re unable to get a prescription from their doctor. Possessing the medication without a prescription comes with a maximum sentence of two years in prison.

The problem with self-medication where mental health is concerned and the purchasing of diazepam illegally online has become so problematic that the Central and North West London NHS Foundation Trust has set up an Addiction to Online Medicine Service.

Dr Owen Bowden-Jones, consultant psychiatrist at the clinic says the main drug used by people coming in is diazepam, explaining that the internet has been “a game changer”.

“People are experiencing high anxiety or severe depression or sometimes chronic pain and they find that these drugs make them feel better and their dose just goes up and up,” he went on to say.

The Victoria Derbyshire show went to a Border Force hub in England where pills bought online arrive, with officers there saying they found some diazepam pills that had been laced with painkiller fentanyl, which is stronger than morphine and potentially fatal if taken without proper medical supervision.

Diazepam is often used to treat muscle spasms, seizures and anxiety but the NHS recommends not to take it for more than four weeks.

National lead on drug and alcohol abuse for the Association of Police and Crime Commissioners Hardyal Dhindsa noted that digital sales must now be monitored and legislated more effectively but it’s difficult to see how the situation can be addressed because online availability is “so easy”.

A recent Sunday Times investigation also found that customers are being tricked into buying sleeping pills, painkillers and anti-anxiety tablets (many of which are fake) without a prescription.

It was discovered that rogue suppliers are now using new techniques to drive custom, such as tricking search engines into putting them on the first page of search results or by engineering positive ratings on the internet.

A lot of these pharmacies are registered to anonymous Russian owners and hosted by Chinese web servers. They’re also not registered with the General Pharmaceutical Council and as a result, they don’t comply with UK laws.

Looking to enlist the services of repackaging companies at the moment? Get in touch with us today to find out how we can help.