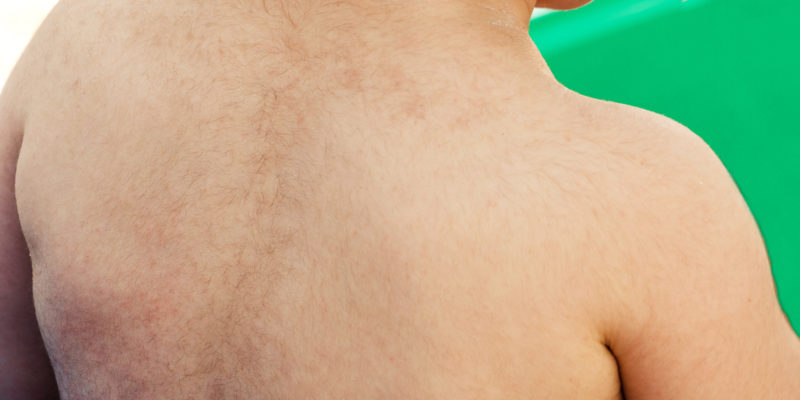 Families in Spain have been left in turmoil after their children started developing thick hair all over their body, as a result of a major pharmaceutical blunder.

At least 20 youngsters have begun developing symptoms of hypertrichosis, or ‘werewolf syndrome’ after their parents gave them what they thought was a reflux medication called omeprazole. Instead, pharmacists had handed over minoxidil, a treatment for alopecia, reported the Daily Mail.

Some babies have been on the medication since May, with their mothers and fathers being unaware of the error that saw syrup being delivered to Granada, Cantabria and Valencia pharmacies with the wrong label on and, subsequently, ended up being mixed into the acid reflux formula.

One mother called Amaia spoke to Antena 3 television station about how her baby has been affected by the dose.

“We have been told nothing. I am furious, scared and feel misunderstood and a complete lack of empathy,” she said, adding that she has not been contacted by Spanish health authorities despite the medication potentially leading to organ damage in the future.

The Spanish Agency for Medicines and Health Products initially looked into the problem after 13 cases of hypertrichosis were reported. In response to this, they pulled a batch of the products from pharmaceutical company Farm-Quimica Sur SL off the market in August.

This comes after they ordered several lots to be removed from circulation in July. It is believed more than 50 batches of the medication across 30 different pharmacies in Andalucía could have been affected.

As a result of this blunder, Farma-Quimica Sur’s licence has been suspended, meaning it is not allowed to make, import or distribute drugs until the issue is resolved.

While the Spanish Agency for Medicines and Health Products seems to be taking the problem seriously, one health official from Andalucía has upset parents with his comments.

Jesus Aguirre was reported by the Daily Mail as saying the mistake was “a one off in pharmacy potions”. This has understated the emotional and physical effect the mix-up has had on the babies who have taken the wrong drug, as well as their parents.

Not only can minoxidil – which is what they were actually consuming – cause a widening of blood vessels in the high dose they were taking, mums and dads are rightfully upset at having given their children the wrong medication, as well as about the miscommunication from health officials in the months since.

While minoxidil is not dangerous when prescribed for those who need it and in the right dosage, it has been known to have a number of side effects. These, according to the National Institute for Health and Care Excellence, include significant hair changes, fluid retention, oedema, pericardial disorders, pericarditis, tachycardia, hypotension, leucopenia, skin reactions, thrombocytopenia, angina pectoris, breast tenderness, gastrointestinal disorder, pleural effusion, sodium retention, and weight gain to name a few.

To make sure drugs are dealt with and packaged in a professional manner so no mix-ups occur, make sure you use a reputable pharmaceutical repackaging company. Get in touch with us today for more information.